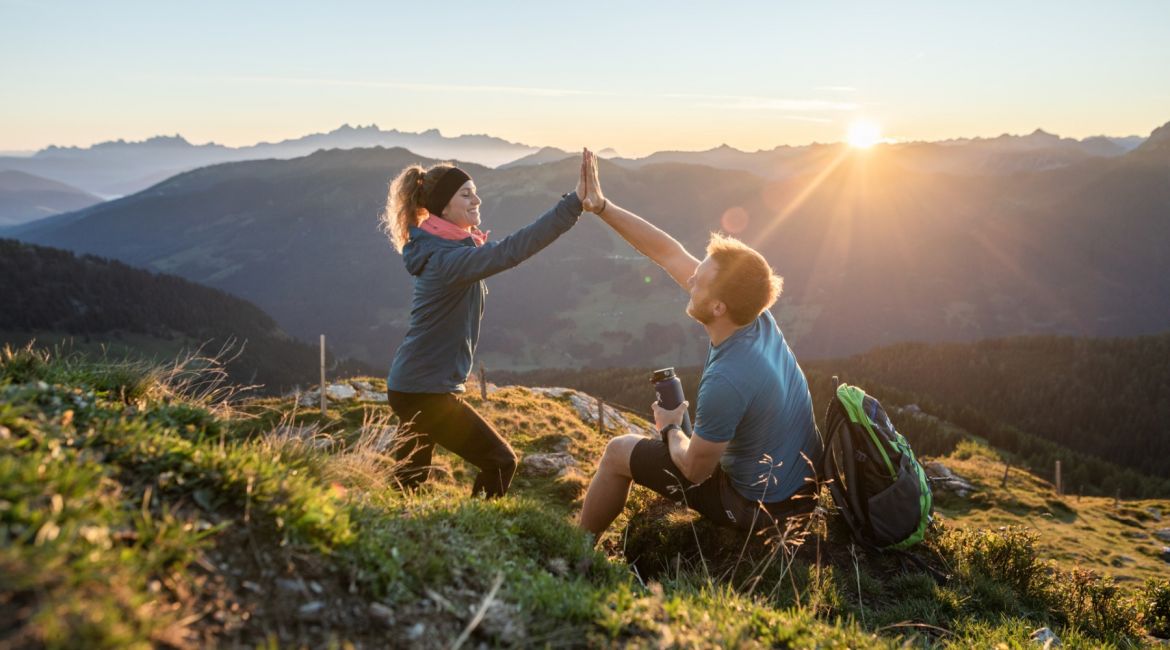 Salzburg Sports World from Euro 349,00 per person in a double room

Hikers follow in the footsteps of the benevolent queen and her six noblemen, once a powerful ruler and her clever advisors. They have long since disappeared, turned stone as mountains, and yet the striking peaks still remind us of these extraordinary personalities, their knowledge and wisdom. The summits assigned to them have powerful skills from which people can learn and benefit as long as they get involved in the game and listen to and follow the messages. These are the striking and landscape-defining peaks in the seven towns of the Salzburg Sports World. They are the Gerzkopf in Eben ("holder of secrets"), the Hochgründeck in St. Johann in Salzburg ("healerr"), the Rossbrand in Radstadt ("scout"), the Penkkopf in Wagrain-Kleinarl ("magician"), the Lackenkogel in Altenmarkt-Zauchensee ("guard"), the Saukarfunktel in Flachau ("poet") and the Bischofsmütze in Filzmoos ("benevolent queen"). The Bischofsmütze with its striking double summit can be seen from all other peaks and is thus an important point of reference and orientation for hikers.

Game instructions:
1. In the Salzburg Sports World tourist offices, you can buy your personal summit box which contains your basic equipment with tour book, drinking cup with carabiner and hiking map.
2. You can climb the peaks in any order. Get an embossed stamp for your tour book at each summit.
3. For each embossed stamp we give you a "collection summit" for your drinking cup. Wear it visibly on the outside of your backpack so that other summit players can recognise you.
4. In the summit books you will find interesting information about the respective mountains as well as the ritual. Be inspired by it!
5. Once you have climbed all seven mountains, a nice surprise is waiting for you. Pick it up at the tourist office.

Let us know your wishes